Keith Desserich Chairman of the Board 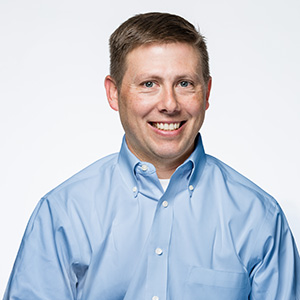 Keith Desserich, Chairman of the Board

Mr. Desserich is a father of a child diagnosed with diffuse intrinsic pontine glioma. After his daughter’s passing in 2007, he co-founded The Cure Starts Now Foundation. He is the President of the Pediatric Brain Tumor Consortium Foundation, a member of the PBTC Steering Council and founder of the DIPG Collaborative. He is also an entrepreneur with professional experience in business development for over 20 years

1. What brought you to CSN?
We were first introduced to DIPG when our daughter Elena was diagnosed.  At the time few barely knew the name as it was formally named DIPG about 1-2 years prior.  Worst yet, there was less than $200,000 spent researching DIPG despite the fact that many experts in the field felt that brainstem gliomas as a whole represented the next frontier in cancer research.  In time we would write about this in an online journal with the last line of the piece being “the cure starts now.”  In time this would represent the cause that we would join after losing our daughter to DIPG.

2. What I do at CSN
Chairman of the Board of Directors.  My job is to anticipate the long term aspects of the charity, provide the structure for its success and develop the research network to find the cure.  For me, it’s all about the culture and the contacts, which I see as critical to our effort.

3. What I like most about my job
I love meeting the children we fight for.  For me it is like spending time with Elena once more.  I also love seeing the enthusiasm and passion that researchers have for the homerun cure.  There’s nothing better than to see both of these things come together in a total cure.

4. What moment have you cherished most at CSN?
I love the network that our chapters have built in pursuit of the cure.  I especially enjoy when The Cure Starts Now becomes THEIR charity and not just something they just fundraise for.

5. Many people would be surprised if they knew I…
I once had the chance to talk with Hulk Hogan face to face about the homerun cure.  I was most surprised when he followed up with in-depth questions and took “Notes Left Behind” to read.