Home > News > Zips Esports at The University of Akron partners with The Cure Starts Now to “Nerf” Cancer!

Zips Esports at The University of Akron partners with The Cure Starts Now to “Nerf” Cancer!

During the 8-hour gaming fundraiser, participating University of Akron students will have the opportunity to play video games throughout the day and fundraise for a crucial cause. The funds raised will benefit pediatric brain cancer research through The Cure Starts Now’s “Nerf Cancer” campaign.

The Cure Starts Now’s mission is to find the Homerun Cure™ for all cancers by researching treatment for the most aggressive and deadly type of pediatric brain cancers. To date, The Cure Starts Now has funded over $18 million in cancer research, resulting in over 115 cutting-edge research grants in 15 countries since 2007. 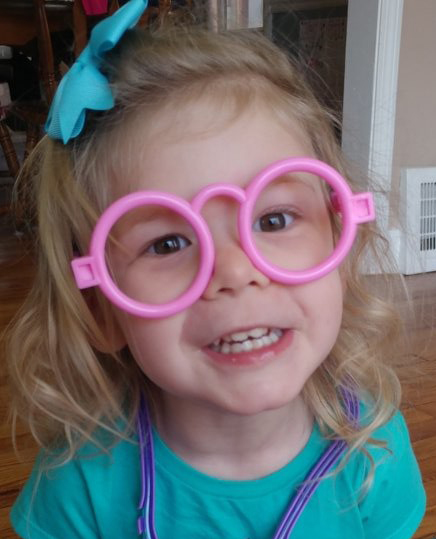 Events like Zips Esports Nerf Cancer Gaming Fundraiser are critical for warriors like Clare Ronnebaum who lives near Cleveland, Ohio. Clare suffers from DIPG, an inoperable pediatric brain tumor that has no cure at this time.  She is being treated at Cincinnati Children's Hospital, where she recently completed a clinical trial fully funded by The Cure Starts Now.  According to dipg.org, the 5-year survival rate for DIPG patients is 2%. Thanks in part to donations received by The Cure Starts Now to help fund the much-needed research, Clare and her family will be celebrating 4 years post diagnosis in June of this year.

The University of Akron is one of the first 50 universities in the country to compete at a varsity level and also offers a club and recreational gaming programs. As one of the first Division I schools to form a varsity esports program, The University of Akron has several Esports varsity teams for popular games such as Fornite, Valorant, League of Legends, and Rocket League. UA was recently ranked as one of the top collegiate Esports programs by both BestColleges.com and 89.5 The Sports Hub.

"UA has a great history of supporting charitable causes. Knowing that Zips Esports is home to one of the largest collegiate esports facilities in the world, it only seemed natural to partner with them for our Nerf Cancer campaign. Leveraging video gamers to help fundraise for cancer research and spread awareness of our cause is what Nerf Cancer is all about." – Mike Weiner, CIO, The Cure Starts Now

The Zips Esports Nerf Cancer Gaming Fundraiser will take place on Friday April 22, 2022 from 3-11pm at the Zips Esports Union Facility. The event is FREE TO JOIN and will include free food, prizes for top fundraisers, and other giveaways. Participants must RSVP at nerfcancer.org/ZipsEsports

To learn more about:

The Cure Starts Now was started in honor of 6-year-old Elena Desserich, a Cincinnati girl who battled a rare, aggressive form of brain cancer known as DIPG. Today, The Cure Starts Now Foundation has over 40 locations in three countries and is the only cancer foundation dedicated to finding the Homerun Cure™ for cancer by focusing on one of the rarest, most aggressive forms of cancer. Believing in more than just awareness, The Cure Starts Now has funded over $18 million in cancer research in partnership with the DIPG Collaborative. This includes 115+ cutting-edge research grants at over 100 hospitals in 15 countries since 2007. Learn more about The Cure Starts Now and their mission to find the Homerun Cure™ for cancer at www.thecurestartsnow.org, and follow www.facebook.com/TheCureStartsNow/ for updates.