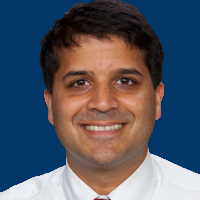 Hypothesis: Diffuse intrinsic pontine glioma (DIPG) is a devastating disease with an almost universally fatal prognosis. Despite many clinical trials testing numerous chemotherapies and targeted systemic agents, both concurrent with RT and in the adjuvant setting, these therapies have not changed OS. We and others believe that 3 major issues contribute to the poor response to therapy in DIPG patients treated with RT and concurrent systemic therapies. First, drug penetration into DIPG tumors is severely limited by the blood brain barrier. Second, many systemic therapies have been tested in DIPG based on extrapolation from adult high grade glioma trials, without a clear rationale for testing in this genetically distinct tumor type. Finally, the evidence underlying the radiosensitizing potential of many of these agents is lacking. We hypothesize that nanoparticlemediated and convection-enhanced (CED) drug delivery, coupled with the use of targeted radiosensitizers which have been validated in DIPG cells, will lead to higher rates of local control and consequent OS for this disease. As described below, we will test this hypothesis in a proposed one year pilot study focused on the pre-clinical development of novel DIPG radiosensitizers.   Background: As noted above, DIPG is a devastating tumor, with most patients succumbing to their disease within 2 years after diagnosis. Focal RT is the only treatment which has shown a benefit in DIPG, although it extends OS by only ~3-4 months. Remarkably, numerous chemotherapy combinations, RT fractionation regimens, and novel systemic agents have been tested in DIPG, without any appreciable OS improvements in the last 30 years. In addition, many agents were tested in DIPG based on observed activity in adult GBM, and temozolomide (TMZ) is one example. Unfortunately, studies now confirm that TMZ is not effective in DIPG when added to standard RT.  Given that virtually all DIPGs recur locally, there has been great interest in testing novel combinations of targeted systemic therapies with RT, as a means to enhance local control via radiosensitization. Examples include small molecules targeting Aurora Kinase B, VEGFR-2 and PDGFR. DSB repair pathways play critical roles in the response to IR, as highlighted by the exquisite radiosensitivity of cells from patients with inherited DSB repair defects. It is now known that key DNA damage and checkpoint genes are up-regulated in DIPG, including the Chk2 and WEE1 kinases, suggesting a role for DSB repair inhibition as a radiosensitization strategy. While these are promising strategies, recent studies suggest that the efficacy of DIPG therapies is severely limited by drug delivery, which suggests novel methods are needed to ensure adequate tumor targeting. Goals, Design and Methods: We have recently performed a high-throughput screen for novel DNA double-strand break (DSB) repair inhibitors, which led to the identification of several lead compounds with radiosensitizing activity in vitro. We propose to test these compounds as potential radiosensitizers in primary DIPG cells in vitro, and several of the most promising lead hits will then be encapsulated in nanoparticles to facilitate drug delivery into DIPGs in vivo. Finally, three molecules will be selected for testing as radiosensitizers in a DIPG xenograft mouse model in vivo. Clinical Significance: Our proposed studies have the potential to identify novel therapeutics which can be tested in DIPG patients, and they represent an important proof-of-principle, which can be used as the basis to test other drugs as novel DIPG radiosensitizers in the future.   Research Team: This application brings together two new Principal Investigators (PI’s) from Yale Medical School, Bindra and Zhou, with complementary research expertise in DSB repair and nanoparticle drug delivery, respectively. Importantly, they share a common goal of developing novel therapeutics for the treatment of adult and pediatric high grade gliomas. Bindra is a physicianscientist in the Department of Therapeutic Radiology, with a clinical and research focus on pediatric CNS tumors, including DIPGs. His laboratory is developing cell-based screening approaches to identify novel radiosensitizers for high grade gliomas. He is particularly interested in eventually translating these discoveries into the clinical setting, via the development of investigator-initiated Phase I trials. Zhou is a translational scientist in the Department of Neurosurgery, with substantial experience in nanoparticle research and CNS drug delivery. His laboratory is focused on developing novel, nanoparticle-based drug delivery systems.