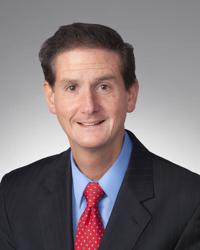 The proposed studies build upon preliminary findings from Year 1 of our funding to provide new insights into the role of mediators of NAD+ biosynthesis and energy metabolism in the treatment-resistance of pediatric diffuse midline gliomas (DMGs), including diffuse intrinsic pontine gliomas (DIPGs) and other childhood high-grade gliomas (HGG), the most commonly fatal brain tumors of childhood, incorporating our unique resource of treatment-naïve and treatment-resistant glioma models. Our observations from Year 1 have begun to define the underlying causes of pre-existing and acquired resistance, which has to date been an intractable problem for children with these tumors.  Our preliminary data, approach and the rigor of our previous studies support a hypothesis that treatment-resistant cells exhibit exquisite dependence on mediators of NAD+ synthesis and the resulting effects of NAD+ on energy metabolism.  We have demonstrated that these bioenergetic pathways drive enzymes that are critical for glucose metabolism, which provide tumor cells with a survival advantage, and are amenable to therapy directed at specific molecular targets.  This project seeks to define actionable targets for treatment intervention that can be exploited to improve the chances for cure in children with malignant glioma and may have applicability to other tumor types.

HGGs, including DIPGs, are the most commonly fatal brain tumors in children. Accordingly, new treatment strategies are required that build on an understanding of the inevitable development of drug resistance among diverse tumor populations. Using an initial pharmacological (drug-based) screening approach, we reported on several two-drug combinations that were particularly active against a wide range of HGG/DIPG cell lines.  The most broadly effective regimen was the combination of two classes of drugs: 1) a histone deacetylase inhibitor (HDACi), such as panobinostat, that influences which genes are “turned on” and 2) a proteasome inhibitor (Pi), such as marizomib, which influences processing of cell proteins. This combination killed HGG/DIPG cells far more effectively than either drug alone, although at maximum concentrations tolerated in patients, a small population of cells consistently survived treatment.  These surviving cells prompted us to develop a series of drug resistance models as tools to unravel the mechanisms of treatment resistance. Using these models, resistance mechanisms were examined with 1) RNA sequencing, to determine which genes were overexpressed with resistance, and 2) pharmacologic screening of drug-resistant versus untreated cells. QPRT, a rate-limiting enzyme for NAD+ production, exhibited particularly high levels of gene and protein expression in resistant compared to untreated HGG cells, and DIPG cells showed high levels of QPRT and NMNAT2, another critical NAD synthesis enzyme, supporting the relevance of this pathway to resistance. Reducing QPRT expression counteracted resistance.

Based on these data we hypothesized that agents interfering with NAD synthesis, or its effects may exploit vulnerabilities in DIPGs and panobinostat–bortezomib- and panobinostat-marizomib-resistant (PBR/PMR) HGGs/DIPGs, which may be amenable to drug or metabolic targeting. By combining analyses of multiple PBR/PMR cells, we noted that resistant cells had overlapping dependencies on the effects of NAD in driving glucose metabolism.  This suggested that metabolic vulnerabilities of resistant cells could be exploited to derive novel treatment approaches.  We validated the effectiveness of one glucose synthesis inhibitor, lonidamine, on killing glioma cells in tissue culture, and demonstrated striking effectiveness in a DIPG animal model system, with >3-fold prolongation of survival.

The proposed studies build upon these findings, employing a multidisciplinary team to unravel what may be a fundamental mechanism for DIPG treatment resistance. Aim 1 will focus on further defining strategies for targeting NAD downstream pathways to reverse treatment resistance.  In our prior year’s work, we showed that NAD activation in PBR/PMR cells enhanced glycolysis and oxidative phosphorylation.  We will build on these findings, hypothesizing that this strategy can provide a general target for therapeutic vulnerability in these tumors.  We will validate our hypothesis by assessing the impact of knocking down ENO2 and PFKB4, two glucose synthesis enzymes overexpressed in our preliminary RNAseq screen, using genetic and pharmacological approaches to identify candidates for clinical translation. Aim 2 will examine the effectiveness of blocking NAD-mediated treatment-resistance through ketogenic diets, based on the hypothesis that counteracting NAD+ signaling via metabolic control will have effectiveness in glycolysis-dependent DIPGs and other pediatric HGG animal models.  We will determine whether NAD+-focused dietary modulation promotes survival, and if blood/CSF NAD+ and energy metabolites comprise therapy-response biomarkers.  We will examine the effect of ketogenic versus normal diets independently and in the setting of therapy resistance.   This work will provide a real-world correlate of metabolic therapy immediately adaptable to children with an almost uniformly fatal tumor.

These studies will provide new insights into mechanisms of treatment resistance and the role of NAD+ pathway activation and its effects on glucose usage as a novel therapeutic target.  These observations may lead to the development of new treatment approaches for not only DIPGs, but also other malignant tumors of childhood.