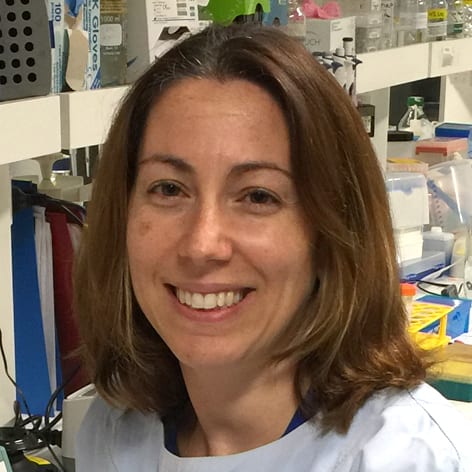 Diffuse intrinsic pontine glioma (DIPG) is the most aggressive of all childhood cancers. Standard treatment with radiotherapy is only palliative and chemotherapy has been found ineffective. Polyamines are organic compounds essential for key functions of living cells. They can be made by human cells but also generated from intestinal microorganisms and taken from dietary sources. Polyamines are produced at higher levels in cancer cells and contribute thus to aberrant growth of multiple adult and childhood tumours. Our preliminary experiments have shown that polyamines increase the growth of DIPG tumour cells. We have tested a specific combination of drugs that inhibit the production and cellular uptake of polyamines and found this to be highly active against DIPG cells but not in healthy cells. Furthermore, we have tested this combination in two separate orthotopic animal models of DIPG, which recapitulate the human disease, and found that the survival of these animals was significantly enhanced and tumour growth was reduced. This combination was also found to significantly reduce the growth of DIPG cells together with panobinostat, a targeted drug that is currently in a clinical trial for DIPG patients. This project will determine in animal models of DIPG whether polyamine inhibition therapy can enhance the effects of radiotherapy, which is the current standard treatment for DIPG patients. Furthermore, we intend to evaluate the combination of polyamine inhibitors together with panonbinostat, in animal models of DIPG.  Finally we also aim to determine the therapeutic efficacy of polyamine inhibition in other paediatric brain tumor animal models. Positive results from this study will provide the preclinical evidence required to urgently translate these novel discoveries to clinical trial to directly benefit children with DIPG and other aggressive brain tumours.