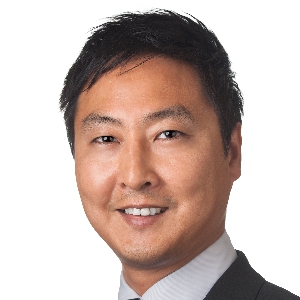 For a child is diagnosed with a diffuse intrinsic pontine glioma so called DIPG, the options for treatment are scarce and so are the chances for survival. This aggressive brain tumor generally strikes children who are 6 years old and younger, with most surviving less than two year after diagnosis. DIPG has a specific gene mutation, leads to change a function of DNA binding protein, histone. This gene mutation thought to be a specific therapeutic target that
could be used to make new effective drugs to help kids with DIPG get better. We recently showed that the drug targeting specific histone enzyme, named GSK-J4, delay tumor growth and increase survival of mice implanted human DIPG cells. Because of its promising anti-tumor activities, GSK-J4 has been used to treat many kinds of tumors in animal models including leukemia, lymphoma, prostate and gastric cancer, and DIPG; however, GSK-J4 is not yet in clinical development for treating patients. The major challenge for GSK-J4 in clinical development is that GSK-J4 is a drug that is rapidly changed to the active drug GSKJ1, which has limited to enter the tumor cells in the brain. We have developed a novel compound that is derived from GSK-J1, named UR-8, as a lead anti-cancer compound through our drug screening. UR-8 has showed selective cytotoxic activity against human DIPG cells and apparently transported to the brain with a useful extent based on its in vivo stability and effectiveness. UR-8 showed greater anti-tumor activity and survival benefit than that obtained by GSK-J4 treatment in human DIPG animal models. Based on the observation of this lead compound, UR-8, we will further develop new drugs which are similar to GSK-J4/J1 to increase the potency, specificity, and brain transport features. We will test cytotoxicity and assess safety and tolerability of new compounds in DIPG mouse models.
Our long-term goal is to use new compounds in combination with radiation which is used routinely for the treatment of DIPG patient. We will treat DIPG mouse models with a new compound alone or in combination with radiation. Our basic drug discovery, in combination with therapeutic testing in animal models, in turn, will therefore provide insights for testing a novel therapeutic approach for treating currently incurable pediatric brain tumors.