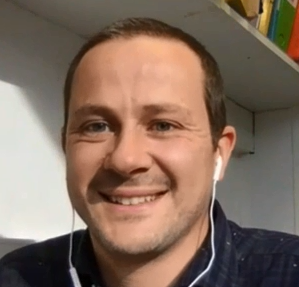 Backgound. Radiotherapy is still the mainstay of the treatment for DIPG. If the majority of children experience an improvement of their neurological condition following irradiation, this effect is not observed in all patients and is universally only transient. Determinants of the response to radiotherapy have yet to be defined. We have described two distinct forms of DIPG according to the type of histone H3 mutated with different response to therapy and survival (Castel et al., Acta Neuropathologica 2015 & 2016). In particular, in a cohort of 67 patients treated at our center, clinical response to radiotherapy was shown to be better in children with DIPG harboring a K27M mutation in HISTH3B gene than in children with a K27M mutation in H3F3A gene (85% vs. 55.3%, p=0.0263, Chi Square test). These data need to be confirmed in a larger study and refined thanks to the availability of DIPG models, to be able to predict response to radiotherapy more accurately. Hypothesis. We hypothesize that radioresistance of DIPG is first an intrinsic phenomenon than can be explained by the genetic background of the disease and second an acquired phenomenon that we aim to describe as oligoclonal or polyclonal. Design and methods. The project proposal aims to bridge biological studies on relevant preclinical models and appropriate patient’s data. The project will take advantage of a unique cohort of biologically defined DIPG patients with full clinical follow-up and treated at a single center as well as a large set of both in vitro and in vivo preclinical models. We have recently published the methods used to generate them and their relevance with respect to the biology of DIPG (Plessier et al., Oncotarget 2017).  We will treat our panel of cellular and murine models with irradiation in order to:  (i) correlate their radiosensitivity with their molecular profile (type of histone H3 mutated at K27 residue and subclonal driver alterations),  (ii) correlate these findings with patient’s data,  (iii) model and depict in vitro and in vivo the molecular aspects of radioresistance and tumour escape from radiotherapy using barcoding and lineage tracing. DIPG stem cells will be infected with lentiviruses encoding fluorescent proteins (a combination of 3 different markers) or unique barcodes. The fluorescence will be used to retrieve the tumor cells by cell sorting and to trace their evolution and development in the mouse brain after clarification. The unique barcodes will be identified by NGS allowing to quantify the clonality of the radioresistance.  Intrinsic mechanisms of radioresistance will be identified by correlating response to radiotherapy and molecular background both in the preclinical models and in the patients’ cohort. Acquired mechanisms of resistance will be studied by cell tracking after lentiviruses transduction and next-generation sequencing. Clinical significance. This project will determine molecular biomarkers associated with radioresistance of DIPG that will be useful in patient’s management. New therapeutic targets will be defined based on association of genetic alterations with initial radioresistance, or acquired genetic modifications after radiotherapy.