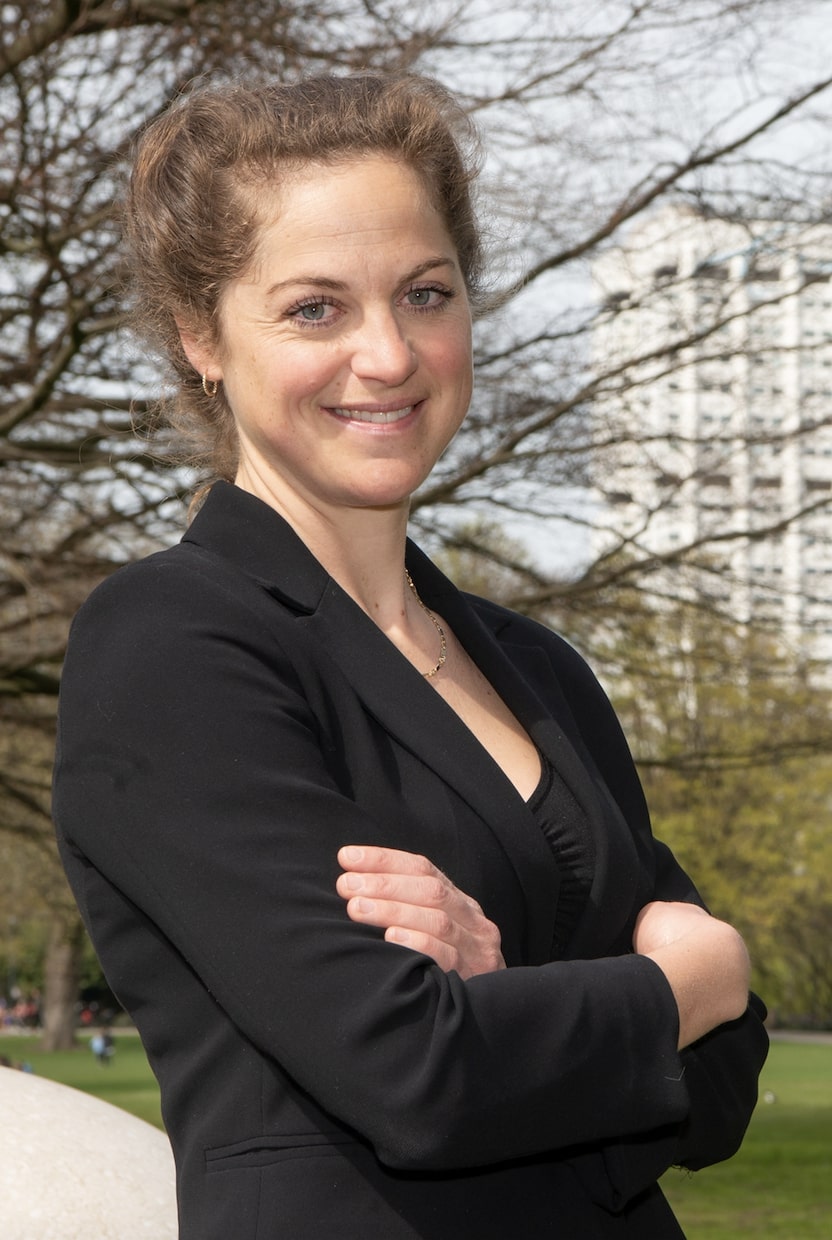 Targeted radiopharmaceutical therapy (RPT) is a type of radiation therapy. In contrast to external-beam radiation therapy (EBRT), which is the standard treatment of brain tumors, RPT has not been widely studied despite seldom-seen successes and remarkable responses (up to complete remission!) with use of RPT in adult cancer patients.Considering the lack of effective treatments currently available for these diseases, the goal of this project is to determine through preclinical research which RPTs are potent treatments for diffuse intrinsic pontine glioma / diffuse midline glioma (DIPG/DMG) and medulloblastoma.

In ERBT, radiation is produced in a machine and sent though the body, thereby focusing on the tumor, but also irradiating all that is between the machine and the tumor. In RPT, radiation is administered systemically though injection of a radiopharmaceutical. The radiopharmaceutical is composed of a radioactive material (a so-called radionuclide), which gives off radiation to its environment. The radioactive material is brought to the tumor cells through a so-called ligand. This ligand is developed to specifically bind to a particular type of cancer cell, but not (or barely) to healthy tissue.

An advantage of this concept is that healthy tissue is spared from the damaging effects of radiation, which allows for the application of higher and repeated radiation doses. Furthermore, systemic application and specific binding capacities of ligands ensure that radiation is brought to cancer cells throughout the body - other than in EBRT this also include distant metastases, which are known to be present in DIPG/DMG and medulloblastoma (but often undetected trough imaging). Finally, RPT is less intensive in comparison with EBRT, and usually comprises one, often out-patient administration every 6-8 weeks for 4 cycles, thus reducing the time spent travelling to and in hospitals for children and their families in already extremely trying times.

Our specific aim is to perform in-dept analyses of all components that determine RPT effectivity: 1) availability of the target(s), 2) binding of the ligand(s), and (3) cytotoxic effect (i.e., tumor-cell killing potential) of the radionuclide(s).

For this project we will use already existing resources, including DIPG/DMG and medulloblastoma tissue samples that have already been obtained through biopsy, resection surgery or autopsy (with permission, i.e., informed consent, of patients and/or their legal representatives), and which is currently stored in biobanks. We will also use available representative cell lines and mouse models. In order to select the models that best represent the disease, we shall be advised by five world-leading experts in the field of preclinical research of DIPG/DMG and medulloblastoma.

The work will be divided in three work packages (WPs). In WP1 we will determine the degree of presence (i.e., the expression) of targets on DIPG/DMG and medulloblastoma tumor tissue. We will also investigate possible heterogeneity of the expression throughout tumors, between different points in time during the disease, and between patients. In WP2 we will subsequently investigate the binding potential of various ligands to the identified targets. And in WP3 we will investigate the anti-tumor effect of ligands bound to various radionuclides, which will be administered in increasing concentrations in order to find the optimum dose.

RPT development is a multidisciplinary endeavor, requiring expertise in radiochemistry, radiobiology, (pediatric) oncology, pharmacology, medical physics and radionuclide imaging and dosimetry. All these disciplines are represented in the proposed project team, headed by the main applicant and co-principal investigator.

The proposed project is planned to take place at the Erasmus Medical Center in Rotterdam, the Netherlands, which is one of the most renowned Radiology & Nuclear medicine departments of Europe. The theranostic principle was pioneered in this department, and building on this, the hospital is now the first with a full-certified laboratory and license for the production of the highest potent (so-called alpha-emitting) radiopharmaceutical compounds. Erasmus MC also possesses all relevant equipment and facilities for the proposed study, including certified laboratories the proposed experiments with radioactive substances, a real-time digital system to image radiation, and animal scanners.

Anticipated results and merit to patients with DIPG/DMG and medulloblastoma

Results of this research project should provide an overview and in-depth understanding of potential targets and which ligands and radionuclides (together called radiopharmaceuticals) are best to be used to induce the highest lethal effect to DIPG/DMG and medulloblastoma tumor cells. This will provide a first evidence-based rationale for targeted RPT of DIPG/DMG and medulloblastoma patients and should indicate whether a single dose of just one radiopharmaceutical compound is sufficiently effective, or whether a modulated dose or an individualized treatment strategy with specifically selected combination(s) of ligands(s) and isotope(s) is warranted. We anticipate that when taking the expression of these targets, as well as some other molecular tumor characteristics, into account in selecting the precise form of RPT to use, a highly effective targeted radiation therapy of DIPG/DMG and medulloblastoma through RPT is possible.