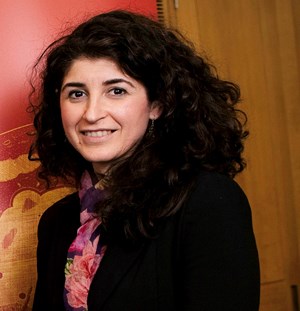 Diffuse intrinsic pontine glioma (DIPG) is a devastating brain tumor which affects children and for which there is no effective treatment at the moment.  We and others have recently shown that DIPG is characterized by a remarkable degree of intratumoral heterogeneity and consists of distinct genetically and phenotypically heterogeneous subclonal populations. It is well recognized that exosomes mediate the cross-talk among the tumor cells and between the tumor and its microenvironment. We hypothesize that the DIPG subclonal network is sustained through paracrine signaling and that exosomes are involved in this intratumor crosstalk promoting tumorigenesis and tumor progression. To understand the role that exosomes play in DIPG tumorigenesis and determine the mechanistic basis of the exosome-mediated interclonal communication, we aim to: i. determine the specific DIPG-exosome signature within the distinct mutational subgroups and within distinct sub-clonal populations; ii. define the exosome-mediated mechanisms of crosstalk between distinct DIPG subclones and determine the functional consequences of such uptake. To address these aims we will specifically isolate and characterize exosomes derived from different DIPG patient primary-derived cells using proteomic and miRNA analysis. These exosomal “signature” will be compared with exosomal signature of glioblastoma patient’s primary cells. Furthermore we will investigate in details the specific profile of exosomes derived from DIPG subclonal populations and we will analyze the functional consequences (effect on growth and invasion) of exosomal uptake in co-culture experiments of DIPG subclones. Our goal is to better elucidate the mechanisms of cell-cell communication that mediate the DIPG growth and invasion.  We believe that this study will lead to the identification of potential new targets and the development of new diagnostic/prognostic tools for patients affected by DIPG.