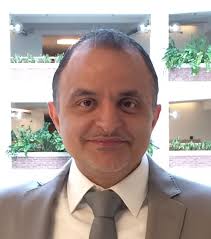 Diffuse intrinsic pontine gliomas (DIPG) are highly aggressive brain tumors found in an area of the brainstem called the pons, which controls many of the body’s most vital functions such as breathing, blood pressure, and heart rate. DIPG is the leading cause of pediatric death by brain tumor. Median survival after diagnosis is only 9 months, and 5-year survival is less than 1%. Unfortunately, complete surgical removal is not an option in the treatment of these tumors due to their extensively infiltrative nature and related severe neurological damages to the most vital functions of the body caused by the surgery. The only effective traditional limited-field radiation produces responses in more than 90% of DIPG patients but only transiently. Despite intensive multimodality treatment, refractory disease and relapses are frequent events in these tumors. Numerous trials to increase the dose of radiation have been performed and have not improved patient survival. Experimental chemo- and biologic agents in addition to radiation are actively investigated. More than 250 clinical trials have been conducted in the past decades and several trials evaluating new agents are either underway or have been recently completed but none of these trials have shown any benefit in the likelihood or the median length of survival. Thus, new agents that can be used for adjuvant DIPG therapy are desperately needed.  Using DIPG cells established from newly diagnosed and recurrent patients, which retain stem-like cells features including the ability to self-renew and differentiate into multiple neural cell lineages, we performed a repurposing drug screen aiming at evaluating the potential of recycling of old known drugs for DIPG therapy. Repurposing drugs that are already approved to treat certain diseases or conditions to see if they are safe and effective for treating other diseases provides quicker translation from bench to bedside. We identified that a subset of quinoline class of anti-malaria agents to have significant DIPG killing properties. Among them, we selected the FDA-approved off-patent compound mefloquine due to its efficacy and potency in killing DIPG cells, with an IC50 less than 0.5 µM in all the tested cultures. Mefloquine remains a useful anti-malarial drug for many patients and is the drug of choice for U.S military deployed overseas and travelers. However, a growing body of evidence suggests that mefloquine causes adverse central nervous system effects, including posttraumatic stress disorder-like syndromes such as nightmares and paranoia, because after being absorbed into the bloodstream, it accumulates in the brain at relatively high concentrations, which compromises its use.

Identifying new indications for existing drugs, even taking advantage of the adverse effects of these compounds, is not uncommon in drug development.   In this proposal, we will take advantage of this unique characteristic of mefloquine and use low dose (2.5 - 7.5mg/kg in mouse) of this compound to achieve enough amounts in the brain (300 nM - 1 µM) and target the infiltrative DIPG reservoir, while avoiding the neurological side effects.  Anti-malaria studies suggested that this group of drugs induce cell apoptosis in host and parasites through increased production of reactive oxygen species (ROS). We will evaluate ROS pathway as a potential mechanism in mefloquine-induced DIPG cell death.  Our preliminary research using mefloquine at low doses restricted DIPG xenograft growth and improved the survival of mice. We will take advantage of the adverse side effect of mefloquine, when used as an anti-malaria drug, and investigate the possibility of achieving desired concentration in DIPG using low dose of this compound. Further, the ROS stress induced by mefloquine will specifically target the invasive DIPG cells in the brain.  We hypothesize that low dose of mefloquine can cross the blood-brain barrier, achieve the desired local concentration, and induce DIPG cell death through increased ROS production, thus halt tumor growth and prolong animal survival.  Investigating the efficiency and safety of mefloquine in animal models is the first step to move this agent to the clinic to treat DIPG patients.  Upon completion of the proposed project, we expect that we will have the necessary evidence to move this drug into a clinical trial.