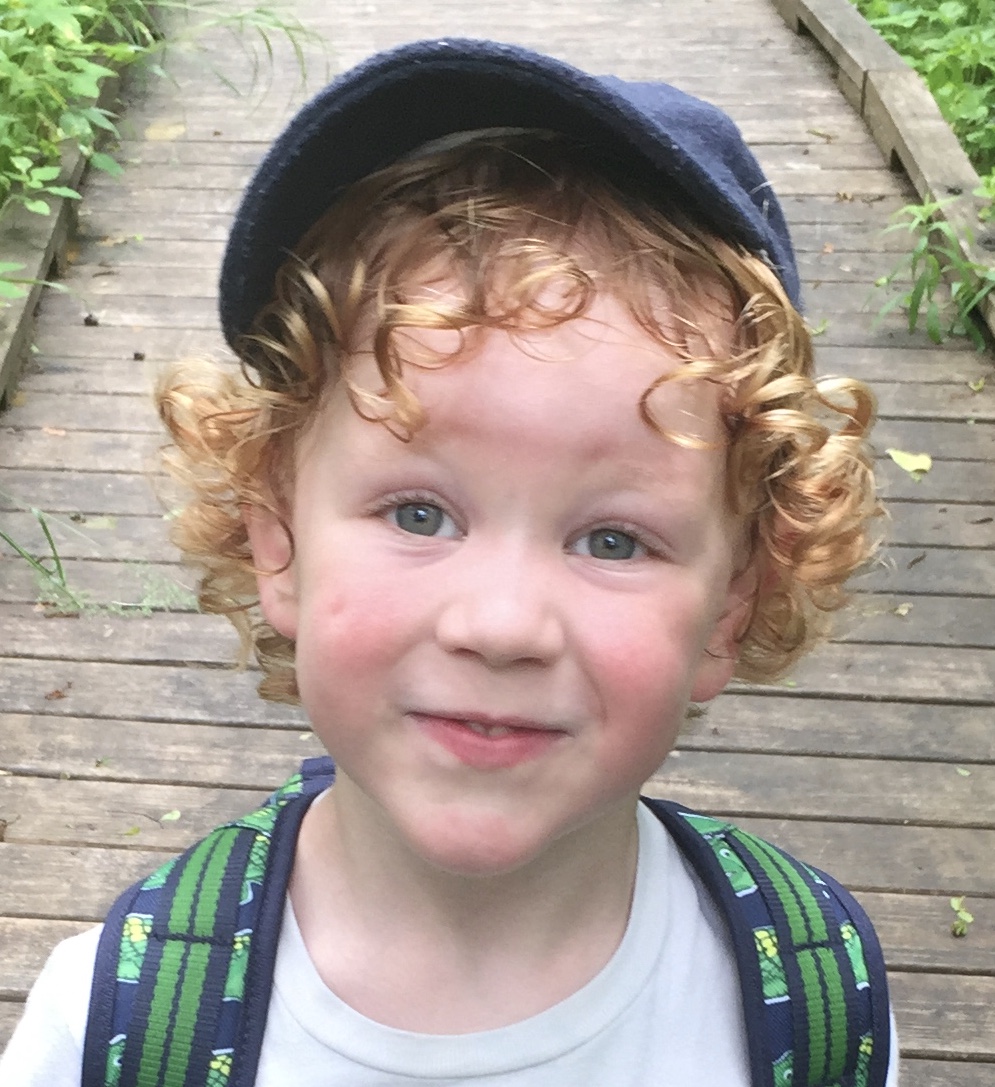 
Bruce was an enchanting five-year-old child who so perfectly defined the term 'spirited.' He lived in Lexington, KY, and was the middle child between two brothers, Jack and Fred. Bruce was the most animated, curious, engaging, perceptive, and charismatic boy, and he brought so much joy to this world.

He was the child to round up all the kids at the park for an inventive game of pirates versus astronauts, who would befriend any stranger and carry out an inquisitive conversation in the produce aisle; the same child who would request that 17 books in a row be read to him while snuggled in a blanket fort, and who would run an errand to the post office dressed as Darth Vader without considering it the least bit out of the ordinary. He would jump on the trampoline in the rain, and sing 'Puff the Magic Dragon' at the top of his lungs while riding his bike around the neighborhood with his strawberry curls popping out from beneath his watermelon helmet. It would be difficult to find a single picture of Bruce that shows anything but the beaming smile of a boy who was so full of excitement he just might explode.

Bruce died on August 4th, 2018 after living with DIPG for just over eight months. Bruce received treatment primarily at Kentucky Children’s Hospital, and participated in clinical research at New York University and Cincinnati Children’s hospital. Following his death, Bruce’s brain and tumor were donated to the DIPG registry in Cincinnati, OH.

We will miss Bruce forever and ever.