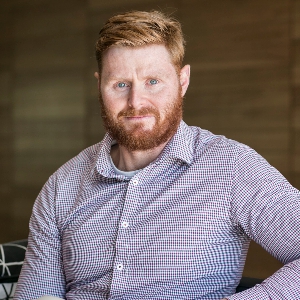 
Paediatric high-grade glioma of the brainstem – diffuse midline glioma (DMG), represent the most aggressive primary tumor of the central nervous system (CNS) and are responsible for half of all brain cancer deaths in children. Recent scientific advances provide much needed insight into the biology of the disease – particularly the genetic characteristics of patient biopsies and autopsies, providing clues regarding the gene mutations that influence cancer growth, and the ability of the tumor to continue to grow, or to sidestep, despite drug treatment. However, the specific knowledge of the mechanisms underpinning how the tumor moves and grow among and through normal brain structures, is still unknown.
Our group shows the drug ‘paxalisib’ (which readily crosses the blood brain barrier) potently inhibits ‘PI3K/Akt/mTOR' – a cell communication axis that influences growth, proliferation and that contributes to energy production. Profiling the activity of proteins (phosphoproteomics) in DMG tumor cells following treatment with paxalisib, identified that the tumor amplified communication (Protein kinase C - PKC) pathways that activate migratory and infiltrative growth dissemination (‘diffuse’/’intrinsic’, hallmarks of DMG). These finding led us to test the hypothesis that dual targeting of PI3K/Akt/mTOR and PKC has the potential to improve outcomes for DMG patients by stopping proliferative and infiltrative growth.
For the first time, we have subjected DMG cells to global phosphoproteomic profiling, +/- treatment with paxalisib and rapamycin (mTOR inhibitor), to expose the signalling pathways responsible for continued growth, survival and ultimately the development of treatment resistance. Our efforts sought to identify which of the spectrum of pathways become over-activated in patients following PI3K inhibition, in the hope that these pathways could be simultaneously targeted at diagnosis and/or at disease progression and/or as a drug target when resistance occurs. All DMG cell lines were sensitive to paxalisib (0.197-1.128 IC ); with biochemical investigations confirming potent inhibition of PI3K/Akt signaling. However, PI3K or mTOR inhibition potently activated PKC, and downstream proteins that control the dynamic remodeling of the actin cytoskeleton that influence cell motility, alter cell polarity and drive invasion of the tumor; aiding escape from radiation therapy, and in this case, PI3K and mTOR inhibition.
Targeting the PI3K/Akt/mTOR pathway is an approach that has been trialed in many cancers. The pathway is recognized as one of the most overactive growth, proliferation, cellular metabolism pathways in cancer, however, this strategy has yielded little clinical benefit, as therapy resistance quickly develops. The PI3K/AKT/mTOR pathway also plays a pivotal role in the metabolic and mitogenic (cell division) actions of insulin produced in response to increased blood sugar levels. The catalytic enzyme of the PI3K signalling axis, ‘PIK3CA’, is frequently mutated in DMG (PI3KR1, PTEN, MTORC1, TSC1 also).
This is particularly important in DMG, as corticosteroids prescribed to attempt to control hallmark peritumoural inflammation and hydrocephalus have strong affinity for glucocorticoid receptors (so termed "glucocorticoids") which reduce inflammation, but also impact on glucose homeostasis, increasing blood glucose levels and stimulating appetite.
Recently, blood glucose and insulin levels were monitored in mice treated with several PI3K/Akt inhibitors (paxalisib excluded) currently in human clinical trials and showed PI3K inhibitors elevated blood glucose and insulin levels.
Furthermore, injection of insulin abrogated the antitumor efficacy of PI3K inhibitors in mice harboring PI3K-mutant breast cancers. These results, coupled with our identification of PKC activation in response to PI3K inhibition, provide a
mechanistic link that underpins resistance to PI3K/Akt/mTOR inhibitors in DMG that warrants rigorous investigation.
Our poilot data showed high-level synergistic cell death in 88% of DMG cell lines when treated with PI3K inhibitors in combination with PKC inhibitors, FDA approved to treat other cancers. Assessment of the level of PKC signaling in untreated DMG cell lines, revealed overactivation in 85% of cell lines; with the highest level of activation seen in patient samples harboring H3.3K27M mutations, linked with shortened overall survival compared to DMG patients diagnosed with H3.1K27M mutations or wildtype H3. In hindsight this is unsurprising: these high-grade gliomas, which originate in the pontine region of the brainstem, frequently disseminate into other midline structures (thalamus) and the cerebellum.
This project builds on strong pilot data, showing the important role of proteins that influence dynamic cellular remodeling, driving growth and migration into surrounding and distant tissues in advanced disease. Using complementary molecular (CRISPR-cas9 and shRNA), and pharmacological studies, coupled with sophisticated and
quantitative protein sequencing technologies, cell biology techniques and pre-clinical models, we will assess the functional role of PKC and activated actin cytoskeleton remodeling proteins, that influence cell motility, cell polarity, to drive invasion of the tumor; to aid in escape from radiation and emerging targeted therapies. This project will determine whether simultaneous targeting of growth/proliferation/metabolic pathways in combination with cell motility pathways is a treatment paradigm that will improve outcomes for patients.