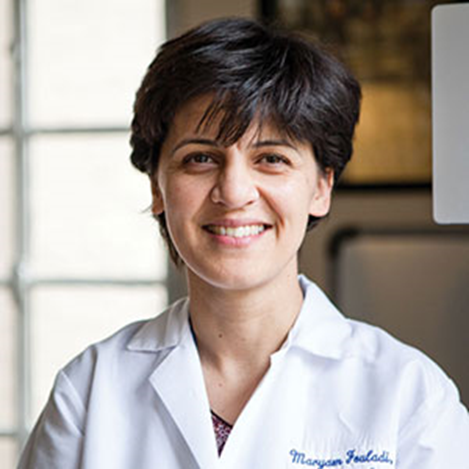 
Diffuse intrinsic pontine gliomas (DIPG) are the most common brainstem tumors in children, representing approximately 75-80% of all pediatric brainstem tumors. Approximately 200-300 patients are diagnosed with DIPG North America and a similar number in Europe.  DIPG accounts for 10-15% of all new pediatric brain tumor diagnoses and is the leading cause of brain tumor-related death in children. The median age at diagnosis is 6 to 7 years with a median survival of less than 1 year. Although radiotherapy does improve neurological function and survival by 2-3 months, no effective chemotherapeutic regimens are currently available. The  International Diffuse Intrinsic Pontine Glioma/Diffuse Midline Glioma Registry (IDIPG/DMGR) represents  the largest and most comprehensive collection of linked clinical, radiologic, pathologic and gemomics data  from a diverse cohort of DIPG patients available to researchers throughout the world.  With the generous support of a coalition of pediatric brain tumor foundations forming the DIPG Collaborative, and collaborations with 113 academic medical centers in 15 countries, the IDIPG/DMGR continues to expand. From April 2012 to December 2019, 1086 patients diagnosed with DIPG have been enrolled.  The radiology repository contains 5405 studies from over 700 patients. Images from 589 patients have been centrally reviewed. The pathology repository contains 3562 specimens on 125 patients. Sixty-two autopsies have been coordinated by the IDIPGR.  Fresh DIPG tissue from 20 autopsies has been sent to investigators to develop primary cell cultures. Five   primary cell lines have been established. 199 genomic data sets are available including whole genome, whole exome, and/or RNA seq, and methylation.  Investigators from around the world are currently conducting 20 projects using data/tissue from the DIPG/DMG Registry.  Six additional studies have been published. In 2019, the steering committee of the IDIPGR approved the expansion of the Registry to include patients with diffuse midline gliomas. The first 11 patients with DMG have now been enrolled in the IDIPG/DMG Registry.